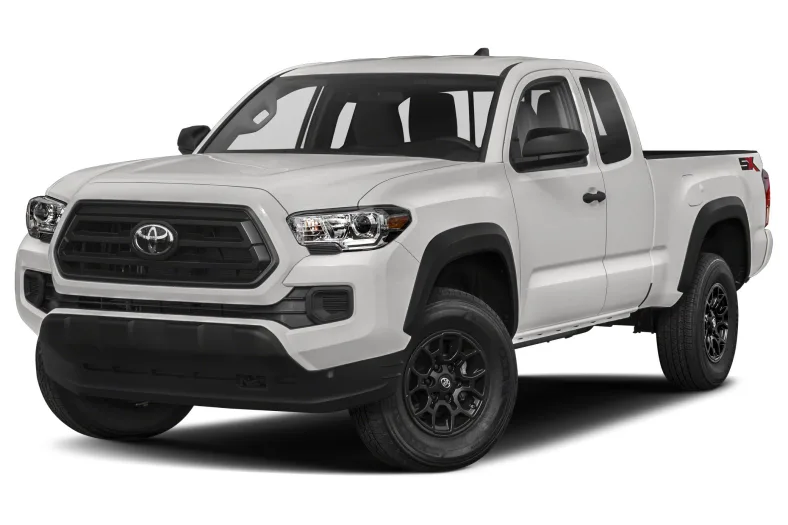 The American pickup truck market has been one of the strongest segments in the auto industry for years. Last year, the top-selling vehicles, not just trucks, actual vehicles, were three American-made pickup trucks. This dominance in the industry hints at something that might be much different about American trucks versus Japanese pickups.

The Detroit Big Three make the top trucks in the market

If sales figures are a tell-tale sign of anything, the top three vehicles sold in the United States last year were pickup trucks from the Detroit Big Three automakers is that sign. This sales dominance shows us that Americans choose the Chevrolet Silverado (519,774 sold), Ram Trucks (569,388 sold), and Ford F-Series trucks (726,004 sold) more than any other vehicles in the market.

The top-selling Japanese pickup truck in 2021 was the midsize Toyota Tacoma which had 252,490 total sales last year.

Japanese pickups have given us the first unibody trucks

Most trucks are made using body-on-frame construction, a proven build to offer more strength and capability but are a bit harsher regarding the overall ride quality. When the first generation of the Honda Ridgeline arrived, it became the first unibody pickup in the market.

The second-generation Ridgeline is the top-rated pickup truck by U. S. News and World Report. Interestingly, the 2023 Hyundai Santa Cruz, a newcomer in the rejuvenated compact truck market is second. The Santa Cruz is another unibody truck, and it comes from a Korean automaker, which we might need to add to this conversation when more trucks arrive in the market.

Only American trucks are still offered with diesel powertrains

GM and Ford recently improved the diesel powertrains in some of their trucks. Ram and GM models have been the only names with half-ton trucks offering diesel engines for the past few years. GM leaned hard into the diesel truck market with midsize trucks powered by diesel engines, but that changes for 2023.

Although it’s unknown how long the half-ton American trucks will continue to offer diesel powertrains, the heavy-duty pickups from the Detroit Big Three all offer diesel engines.

Why aren’t there any Japanese pickups in the heavy-duty truck class?

This is a good question that doesn’t have a good answer. The Toyota Tundra and Nissan Titan have never had larger models that reached the three-quarter or one-ton classes. The Nissan Titan XD came close, but that model has since been dropped from the lineup.

All three American automakers offer trucks in the heavy-duty classes giving us the Ford Super Duty, Chevrolet and GMC HD, and Ram 2500/3500 models.

Yes, Japanese pickups are extremely different from American trucks. While Japanese trucks carried the midsize truck class and brought the first unibody model, the trucks with the most power and capability continue to be made by American automakers.